A birthday tribute to my dad


My father turned 80 years old today. In honor of his special day, I am reposting a blog post I wrote on his 76th birthday.

My Father will be turning 76 years old tomorrow. Happy birthday Dad! I love you dearly.

When I was born in 1963, my father was 30 years old. I am 45 years old now. How time flies. He was an athlete, an amateur boxer in UP and a student leader, corps commander of the UP ROTC in the 50s.

I will always remember the days when he was such a major presence in our lives, the lives of his children. He, together with my Mom, fulfilled what was, to my mind, nearly impossible. They were able to raise and provide for all nine of us and, well, I must say we did't turn out so bad. Of course, I am terribly biased.

Now that he has grown old and has become quiet and no longer as talkative, I miss my father of old. He has since been stricken with illness, he has been sickly for sometime now and his once proud, loud and arrogant demeanor has ceased to be. He was such a commanding presence in our daily lives when we, his children, were younger and he, healthier and stronger. 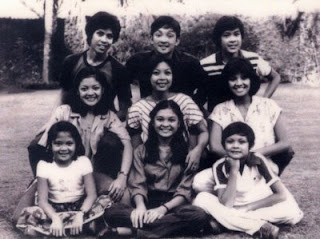 When he was in his '50s and '60s, he would push us, his children, hard. I thought too hard sometimes. He would challenge us relentlessly to do better in school and in extra curricular activities and at work. He would encourage us to accomplish more, to achieve more. I remember when I was a candidate for Chairman of the UP Student Council in Diliman in the mid '80s. He felt that I wasn't doing enough to campaign vigorously. He bluntly commented that I was perhaps afraid to win.

He was always egging us on, cheering us and providing material and moral support for those day-to-day challenges we faced as children and as young adults. His presence made us confident that we could accomplish all that had to accomplished and more.

I am who I am today, to a large extent, because of his and my mom's support. He was there for me when I lost my 5th grade declamation contest. He and my Mom were there for my championship game in the NCAA volleyball tournament in High School (we won that one) and they were there again for me for my UP volleyball matches at the UAAP. He was there on election day for my candidacy as chairman of the UP Student Council. I would not be here today doing what I do and doing it the way I do it had it not been for his presence in my life. 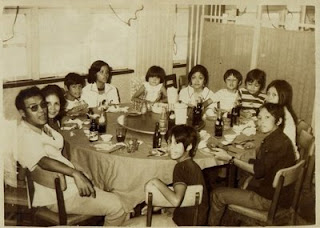 He pushed us to perform, to deliver. It came to a point that I would feel that what I did was never good enough and would therefor object to his proddings. I knew deep inside, however, that he was doing all this because he wanted us to succeed and be the best that we could be. He was doing it for our welfare. At times I felt a slight resentment when he was in one of those episodes of pushing us to do better. I felt at times that he was overdoing it and yes there were moments wherein we had lively and intense exchanges because of differences in views. Perhaps I was a lot like him and that I was proud and was stubborn too like him.

But today things have changed a great deal. Too much smoking affected his health. He has quit yes, but the 50 years of cigarettes had taken its toll on him. Hypertension and diabetes have adversely affected his overall physical well being. He is mostly quiet now and introspective. His doctors say it is because he had suffered mini strokes that slowly affected his speech, his motor skills and his alertness. Nowadays, he is quiet and less engaging. He has become more withdrawn. I find myself missing the loud, arrogant and sometimes over bearing father that he was. What I used to resent at times, I now sorely miss. What would I give to have my dad's old overbearing self back again and more. 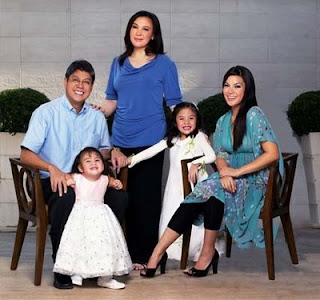 On his 76th birthday I must admit that I very much miss my father's old, loud and arrogant self. As a child, when I was faced with difficulties, he was there to provide the much needed push and the all out support. In times of uncertainty and confusion during my growing up years, my dad was there to help set aside my fears. He was there to provide clarity and direction amidst the confusion. He always knew what needed to be done and always made that known to us. He was generous with his time and with his advice.

Today, as I face the enormous burden of national leadership, as I face the seemingly insurmountable challenges confronting our beleaguered nation and people, as I deal with the 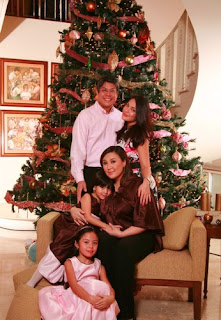 uncertainties of politics, as I grapple with the fears that come with the complications and difficulties of national political life, I find myself at this very moment terribly missing my loud and arrogant and proud father. He always knew what needed to be done and always made it known to us that he was there for us. And yes, because he was there for me then, I know now that these difficulties, these challenges, these fears I presently face will all be conquered in due time.

Tomorrow, the entire Pangilinan clan will be having lunch in my sisters house to celebrate my Dad's 76th birthday. Tomorrow, I will go up to my Dad, I will greet him a happy birthday, I will hug him real tight and kiss him and I will say to him that I miss him so much and that I love him dearly.

Happy Birthday Daddy and thank you for all that you have done! I love you dearly.
Posted by Kiko Pangilinan at 6:58 PM