On the effects of La Niña: We haven't seen the worst

The non-stop rains could push the country into an agricultural crisis unless officials prepare for worst-case scenarios. The extensive damage to agricultural crops in Southern Leyte, specifically the 100 percent damage in St. Bernard, should serve as a lesson in disaster preparedness. Agricultural crops in Davao and Albay have also been badly hit.

My office has started coordinating with DILG secretary Jess Robredo and DSWD secretary Dinky Soliman in helping out our kababayans in Southern Leyte. We plan on surveying the extent of the damage to crops there and coordinate with the Department of Agriculture in coming up with legislative measures to offset the considerable loss of agricultural produce. 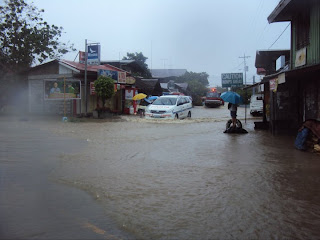 The country is only just beginning to feel the effects of the La Niña phenomenon. PAGASA officials say that the country received way below average number of storms last year and, consequently, Filipinos can expect more typhoons this year during the peak of La Niña from January to March 2011. The Department of Agriculture reported that Albay alone suffered P1.3M production loss of rice in just three days due to continuous rains from December 28-31, 2010.

The country's agricultural sector has already taken blows from the combined effects of the drought caused by El Niño and the series of typhoons that followed it last year. We experienced negative growth from January to September of 2010. We should be able to use data from PAGASA, Bureau of Agricultural Statistics, and other concerned government agencies to be able to come up with measures to address the disastrous effects of La Nina to our agricultural sector. Something must be done right away, and the earlier we come up with these measures, the more we can shield our countrymen from a looming disaster and threat to our food security. 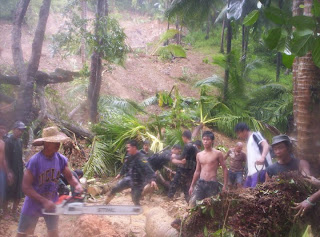 Posted by Kiko Pangilinan at 1:21 PM